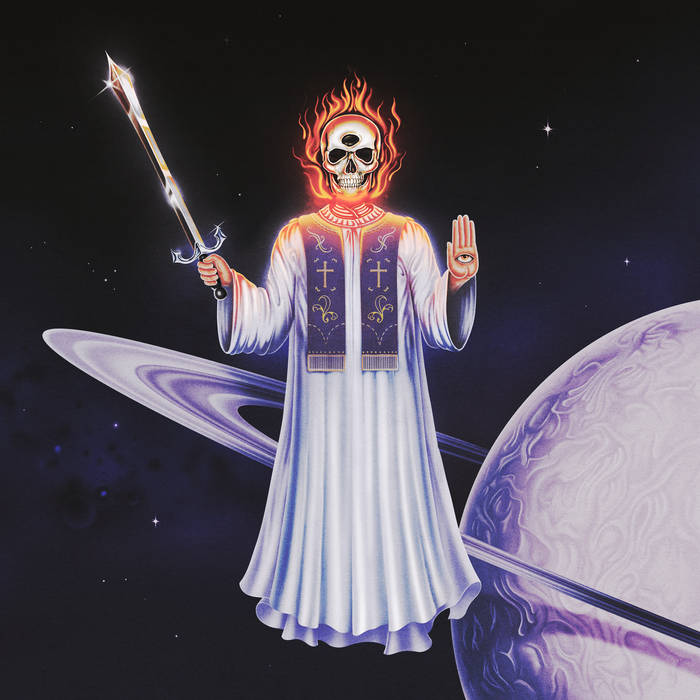 Zoro Great compilation. Tons of winners on this work, the Giant Claw track is most definitely one of them. Also really enjoying the Trayer Tryon and Uppy track. Genre doesnt stop this from being a great and cohesive comp. Favorite track: Giant Claw - Gummy Scrub.

Pax Virtua everything is going to be fine :) Favorite track: Trayer Tryon & Uppy - AM.

Lovdahl, Ian the best Doom Mix of them all. Vol. V is constantly crawling up my most-listened to albums on this site.

Machine Woman cant wait for the vinyl to arrive!!!!!
LOTS OF LOVEEEEE to the DOOM!!! Favorite track: Luxury Elite - Psychology of Desire.

"One of music’s chief pleasures is the way it conjures up a sense of the now, of displacement from the rest of the world into moods and grooves and hooks and melodies. But nowness isn’t just about sonic immersion, it’s about timeliness, and Los Angeles-based Doom Trip capture both on their annual Doom Mix compilations. For the past five years, label head Zac Emerson has brought together acts from his eclectic roster and elsewhere to showcase a wide array of today’s underground electronica. The results have been ceremonious because they’re an obvious extension of Emerson’s tastes; these artists are his chosen family, and pressing play on these albums can feel like peering into a cheery reunion.

As with all traditions, Doom Mix, Vol. V provides comfort in familiarity—some artists here have appeared on previous editions—but this collection is both sprawling and cohesive, providing a survey of contemporary vaporwave and similar zones. This balancing act is accomplished through astute sequencing, and the one-two punch of Fire-Toolz’s “More Spirit Spit Please” and Skylar Spence’s “Kratos in Love” is the most exquisite example. The former is a dazzling melange of screamed vocals, glittery video-game ambience, and saxophone wails that shift from free-jazz skronk to endearing melodicism—a constant pummeling of emotional release. The latter serves as the necessary comedown: a disco edit that’s breezy and light, its bunny-hopping bassline as amiable as its slick-sweet guitars.

The tracklist also features Keith Rankin and Maxwell Allison, co-founders of Orange Milk Records and Hausu Mountain, respectively. Both labels have been pillars of experimental electronic music throughout the past decade, and their inclusions point to a camaraderie in the scene at large. Rankin dons his Giant Claw moniker for album highlight “Gummy Scrub,” a collage-aesthetic pop song featuring a dizzying array of sounds: hardcore synth stabs, a warped J.Lo sample, even a hint of new jack swing. Allison’s track as Mukqs is a plunderphonic swarm of voices, its stuttered rhythm and synthetic sheen like his own take on a reduced Carl Stone track. As it progresses, a ramshackle beat works its way into the mix; it makes for an amelodic close to the album, wrapping up with a final moment of stupor."

"Roughly four years ago this week, the L.A. label Doom Trip released the first installment in their Doom Mix series, profiling artists operating on the fringes of electronic music. New installments followed annually—each one stronger than the last, each one bringing new voices and sounds into the fold. The law of diminishing returns dictates that the bottom has to fall out sooner or later, and yet Doom Mix V, the latest entry in the series and the first to be pressed to vinyl, continues the winning streak, topping everything that has come before it. The tracklisting reads like a who’s who of the experimental electronic underground: Fire-Toolz, Giant Claw, Luxury Elite, Mukqs, and Skylar Spence (fka Saint Pepsi) are just a few of the names on the roster, and their work—alongside Doom Mix vets like Diamondstein and Sangam—make Doom Mix V the brightest, fizziest, and most palpably joyful collection in the label’s discography. Diamondstein sets the tone with a surprising about-face from the starkness of his previous work: “Heaven in Two Parts” is a giddy delight, with rippling, multicolor keys and a rambunctious rhythm track. “Gummy Scrub,” from Giant Claw, is a wild act of recontextualization, slicing vocal tracks from across pop music into unidentifiable ribbons and weaving them throughout a dazzling array of electronics. Luxury Elite’s “Psychology of Desire” is a blissfully rubbery ‘80s electrofunk jammer, Fire-Toolz channels the sound of late ‘80s industrial on the screamer “More Spirit Spit Please,” and Spence’s “Kratos in Love” is a jubilant disco workout. Every second of Doom Mix V is a spirit-lifter, a straight shot of happiness that gives and gives and gives."

Doom Trip Records presents “Doom Mix, Vol. V” — The latest installment in our annual compilation series. Featuring an all-star lineup, this uniquely curated mix is both a nod to the vaporwave sound, as well as a gathering of some of the most talented electronic music producers on Earth.

With this volume, fans are treated to everything from smooth grooves to brain-melting bangers. Joining our series for the first time are Skylar Spence, VAPERROR, Luxury Elite, Giant Claw, Eyeliner, Trayer Tryon & Uppy, while Fire-Toolz, Nmesh, Diamondstein, Sangam, and Mukqs have all returned.

The series has always been intended to feel like a mix made for a friend, and it has included artists like Eartheater, Dntel, maral, ESPRIT 空想, Pale Spring, Cruel Diagonals, Heejin Jang, Lighght, Nordra, HOTT MT, Vinyl Williams, TALsounds, Tarkamt, No Death, Swan Meat, Argiflex, R23X, and many more.

As stated by J. Edward Keyes for Bandcamp Daily, “The Doom Mix series, too, has gone from being an introductory handshake with an unknown label to a meticulous documentation of the growing experimental electronic scene.”

Every track on Doom Mix, Vol. V is brand new, and exclusive to this release. Doom Trip has always held a high regard for artists Luxury Elite, Nmesh, and Skylar Spence, who are all considered legends for their contributions to the vaporwave scene as well as the larger electronic music community. But this mix has a wide scope, including other forward-thinking producers like Trayer Tryon (Hundred Waters) & Uppy, Giant Claw, and Fire-Toolz, all of whom contribute recordings that are peerless in their style and execution. Of course, no Doom Mix would be complete without label mainstays like Los Angeles producer Diamondstein and Manchester’s ambient hero, Sangam.

Doom Trip wants to thank each and every listener who has ever taken the time to check out one of our artists or releases. We do what we do for you, and we consider ourselves very lucky to be blessed with such intelligent, devoted, and adventurous listeners. Here’s to 500 more years of Doom!

**Please note that this edition of the release will feature the Radio Edit of Nmesh's track, while the full version of "RMS Ephratha PA (Cloud Bath)" will be released later this year.

Artwork and Layouts by River Cousin