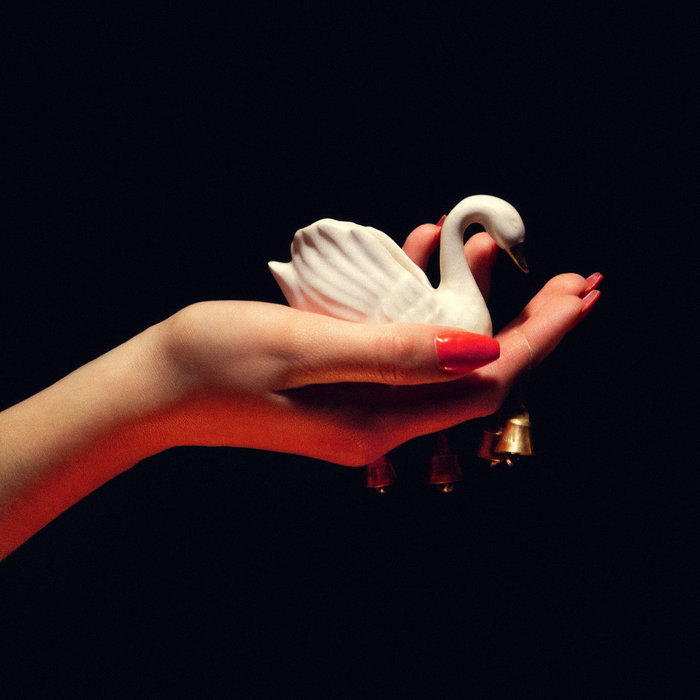 Dave T. Incredible synth record with infectious pop elements! Atmospheric and soothing at points, Cygnus captures different moods and translates them to amazing songs. I highly recommend you get this~ Favorite track: Happening.

The debut album from LA via Baltimore artist Pale Spring --

"Pale Spring hails from Baltimore, but the music on her haunting new album CYGNUS traces its history to the point in the mid ‘90s where trip-hop was starting to give way to groups like Morcheeba and Lamb, who found artful ways to blend downtempo electronics with serene, soulful singing. There are other touchstones, to be sure—there are scattered moments when Pale Spring, aka Emily Harper Scott, sounds eerily similar to Sade—but the bulk of CYGNUS drifts along on a river of placid synths. The results are hypnotic: on opening track “Silence,” Scott’s voice trips gently down a rickety ladder of percussion; on the elegiac “Forevermore,” she stretches melody lines out in parallel with the twisting ribbons of synth beneath her, making the song feel ghostly and forlorn. Even when she wanders into different, sometimes harsher terrain—as she does on the crackling, bass-heavy closing track “Quaratines”—her voice maintains its delicacy, tenderly exhaling notes rather than overpowering with showy virtuosity. CYGNUS is an enveloping album, one that casts a spell early, and sustains it over the length of its runtime."

"The music of Emily Harper Scott, known as Pale Spring, bridges a gap between the softer side of black-clad music genres, using slow tempos to develop a signature tone that cuts through the current wave of gothic folk by embracing more electronic and inorganic sounds. Labeled as synthpop, Pale Spring mixes influences into music that borders many genres under this umbrella of emotional and eerie music. Her recent move from Baltimore to Los Angeles has shifted her sound from frosty woodland vibes to something that’s more urban, direct, and bound together, shown here on her debut album Cygnus via the varied and poignant Doom Trip Records.

Her debut EP, released in the middle of December 2016, was a distant three-song run for voice and guitar supported by a few twinges of delay, cello, and programmed drums. The gloomiest parts of her music are reminiscent of Have A Nice Life’s softer, more subdued tracks, but with her reverbed-out choral vocals playing the supportive role and not stealing the spotlight with overt lyrics. This album, however, finds her voice more refined, cutting, and unabashed amongst the more spacious instrumentals on here.

The smooth atmosphere of downtempo and trip-hop on tracks like “Guilt Trip” and the opener “Silence” is done as well as the folkier jams “Belongings” and “Old Sounds,” showing Emily’s firm grasp on creating some more slow-moving ethereal pieces. The notable tracks on this album are when Emily branches out into this sort of cinematic flair, writing songs that are off-brand within the context of her output. The tracks are well done, though, and contain the same amount of emotional intensity as the rest of the album. “Happening” and “Carry Me Home/Want Me More” are examples of her departure from the usual goal of slow-moving mood music, but she performs them with enough confidence to keep the album from becoming steeped in the darkness of various goth-adjacent subgenres.

“Forevermore” is the clear winner for me on this album, while simultaneously being this album’s Achilles heel. The cutting, poetic lyrics and passionate instrumental make for a classic track that’s for sure going on my “best of the year” list, but it also slightly overshadows the rest of the album’s songwriting. Nevertheless, Cygnus is a strong debut LP from this rising artist, and I’m eager to hear where she goes from here. Listen below."


"Doom Trip continues their winning streak with this gorgeous, dreamlike album, where Emily Scott’s vocals swim through rivers of synth." - Bandcamp New and Notable, May 2019

"[...] Over minimalist beats, twinkling piano, thrumming guitar and occasional birdsong, multi-instrumentalist Emily [Scott] seems to pull from dreams and nightmares, foggy moods, and gothic literature... it is hard to shake the serpentine lingering of Pale Spring."

All songs produced by Drew Scott and Emily Harper Scott, with additional production by Urban Shaman on B2 and B4

All songs written by Emily Harper Scott with the exception of A3, which was written by Chris Taylor

A1, A2, B1, B2 recorded by Kevin Bernsten at Developing Nations Studio

A3, A4 recorded in Emily's bedroom

B3, B4 recorded in Drewcifer’s Basement

A1. Silence
Vocals by Emily Scott and Josh Stokes

A2. Happening
Vocals by Emily Scott

B1. Carry Me Home/Want Me More
Vocals by Emily Harper Scott

B4. Quarantines
Produced by Drew Scott and Urban Shaman
Vocals by Emily Scott